Potato salad is a dish made from boiled potatoes and a variety of other ingredients. It is generally considered a side dish, as it usually accompanies the main course.

Potato salad is widely believed to have originated in Germany from where it spread widely throughout Europe and later to European colonies.

American potato salad most likely originated from recipes brought to the U.S. by way of German and European settlers during the nineteenth century.

American-style potato salad is served cold or at room temperature. Ingredients often include mayonnaise or a mayonnaise-like substitute (such as yogurt or sour cream), herbs, and vegetables (such as onion and celery.)

German-style potato salad is generally served warm and is typically made with vinegar or olive oil and herbs. 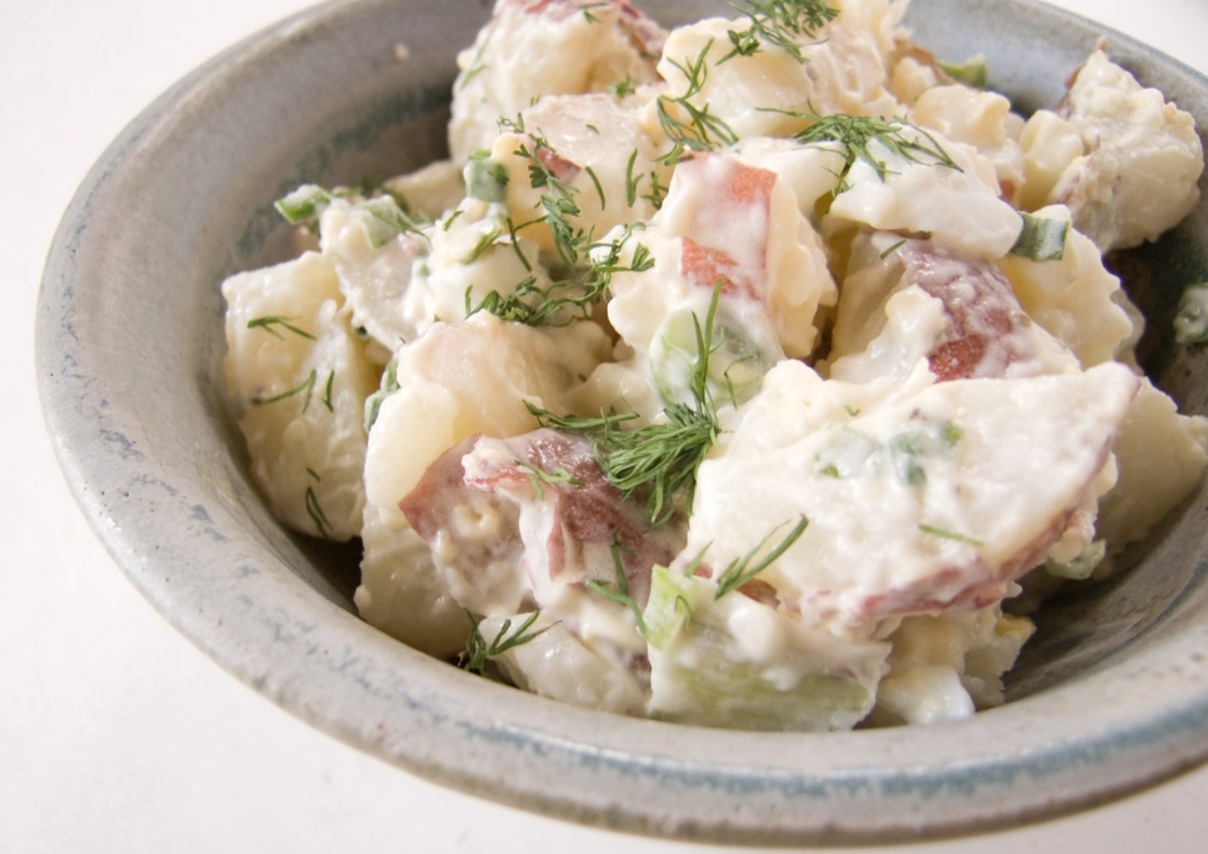 after peeling and dicing potatoes place them in a large pot to boil until tender.
drain the potatoes, add pickles, onions, and eggs then mix in mayo until its the desired consistancy.
mix in mustard.
salt and pepper to taste.